This Memorial Day, the TMX Finance Family of Companies honors all former and current members of the Armed Forces and especially those that gave their lives defending our freedom. We want to take this opportunity to thank our military team members for courageously defending our freedom abroad and then returning home to help strengthen the quality of our workforce with their unique strengths and leadership skills.

Leading up to Memorial Day, we are featuring several of our team members who are former and current members of the military. Their stories are raw and real. We hope their stories of sacrifice move you as they have moved us. 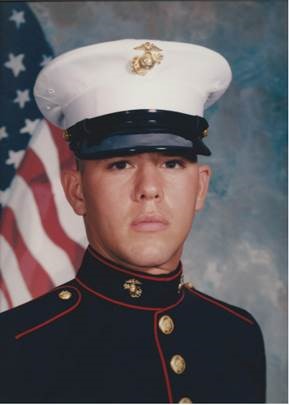 As a veteran, I was asked to write what Memorial Day meant to me, so here goes…

Somewhere right now a young Marine has thrown himself on a grenade so that the men and women around him would live. An older more seasoned Marine has run toward the threat without hesitation and eliminated the combatants, losing his own life in the process. The men and women who were saved are negotiating a way to send word back home that they are safe. If they are lucky, they will get to call or skype to hear their loved one’s voice and allow them to hear theirs before the media breaks the news and the worry sets in.

Meanwhile, two Marines arrive at a little house on a big farm and notify the young Marine’s mother and father that the little boy they raised, will not be coming home. His mother realizes she will not see him married, have grandchildren, or ever hear his voice again. The young Marine’s father absorbs the fact their last fishing expedition was literally the last and tries to imagine life without his son.

Across the country, two more Marines visit an apartment within the city. They are greeted at the door by an energized 6-year-old little girl who thought her daddy was home because she saw the uniform. Eventually, a young pregnant bride and her 3-year-old son meet them. In the foyer of her apartment she is told her soulmate, her children’s father, and the sole provider for their family is not coming home.

Days pass and each of the Marines are accompanied by an escort who travels with the remains until it reaches home.  Along the way Americans may witness the transport on or off the plane, a motorcade, or local news coverage of the event, however, never fully grasping the void that has entered the lives of the survivors and never capable of understanding the passion and dedication of the fallen.

Both funeral services are filled with friends and family as well as the tattered and wounded survivors of both Marine’s units, who see the faces of the loved ones that are also giving a piece of their lives so they may live. They memorize the faces and the pain of the parents, the widowed wife, and the children. They try to imagine what their lives will look like. Through the pain they all share one thing…the families and the brothers and sisters in arms…they share an immense pride in knowing these two men. They rest easy in knowing both of the Marines died for what they believed in. Something bigger than all of them. The survivors watch as the mother and the pregnant widow are handed the folded flag that draped their loved one. They are locked at attention and yield a salute as 21 gunshots ring out and they are brought back to that moment when the sacrifice, courage, and readiness of one saved so many.

All over the Country on Memorial Day, American families take advantage of a day off from work. They slept in, went to the lake or a park, or fired up a grill for a cookout with their family and friends. Some have taken advantage of a three-day weekend and traveled to the beach or a weekend getaway. The chatter of everyday life takes center stage and the dread of returning to the grind the next day creeps in. Sadly, in some places the flag is being burned, stood on, spat on, or used to protest. The very same cloth the mother of a lost son, the widowed bride, and the small fatherless children clutch in comfort and with love is being displayed in hate and strife.

Meanwhile, across the world there are more of America’s young sons and daughters standing in harm’s way. Headed to take a position on a wall or in a hole, to take to the air, or on a ship at sea, they prepare their goodbyes because it may be their last. They focus on a full heart and leaving nothing unsaid or undone. They are willing and ready to give their life for their brother and sisters at arms, for the freedom and safety of Americans back home. They stand determined to keep the fight beyond our gates and never allow it to hit American soil as their loved ones anxiously wait on the next call stating they are safe. The fallen heroes that we honor today, chant them on!

“Those who have long enjoyed such privileges as we enjoy forget in time that men and women died to win them.”

“May we think of freedom, not as the right to do as we please, but as the opportunity to do what is right.”

Please keep one thing in mind, where ever you are for this Memorial Day, there are others meeting on a hallowed ground where valor lies…these are the few that understand the true meaning of this occasion…the true meaning of sacrifice…please keep them in your thoughts. Remember that the love of this country and the freedom it provides fueled their courage and willingness to give up their life for your freedom.