Being estranged from your biological father is not a pleasant situation, especially when the loss occurs during the emotional teenage years. You are constantly embroiled in an emotional tug-of-war; betrayal, disbelief, and resentment intermingling with the already boiling brain biology of a high school girl. The natural outlet of frustration falls unto the easiest target, which was mom’s new husband, William (or Top, which is what everyone calls him, after his grandfather). We were a stereotypical display of dysfunction. Top and my mother tried diligently to win my favor, and I vehemently denied the advances. Every exhibition of affection was met with more venom. Relations were so turbulent that when Top’s car was vandalized, he and my mom were sure that I had been the culprit. Now, I may possess a tongue like a razor, but I’d never stoop to property damage! It took such a while for me to come around that I wondered if I would be the demise of this new marriage.

Being at university helped me to grow up and, flatly, stop being such a pain in the neck for everyone. It was no surprise when my mother rejoiced in my accolades, but even after all I’d put him through, so did Top. He celebrated my accomplishments, provided encouragement to push further, and always had sage advice for whatever troubled me. He was the number one cheerleader for a lonely, lost girl who had once cursed his very existence.

Brick by brick, the wall I had built around any father-daughter relationship began to crumble. Eye-rolls gave way to tears of laughter, and the stale silence replaced with roaring stories of 1970’s frat house shenanigans. I even found myself taking keen interest in things he liked, including golf, good bourbon, and The Rolling Stones. Top had been my support when he gave me away at my wedding, and the unwavering confidence I needed when that same marriage met an untimely disintegration seven years later; we’ve certainly experienced the very definition of thick and thin.

On Father’s Day, I reflect on the ups-and-downs of my journey in reestablishing my idea of what a father is. The dictionary will simply tell you that a father is “a man in relation to his natural child or children”, but there is so much more to fatherhood than basic biology. There is also a duty of protection, a desire for what’s best, and a sense of responsibility- all of which stem from the most wonderful thing of all, which is love. I am fortunate that my mom was able to find and share the love of her life with my sister and I, as I can say with certainty our lives have changed exponentially for the better. I am confident that I could not have hand-designed a better father, friend, and role model. 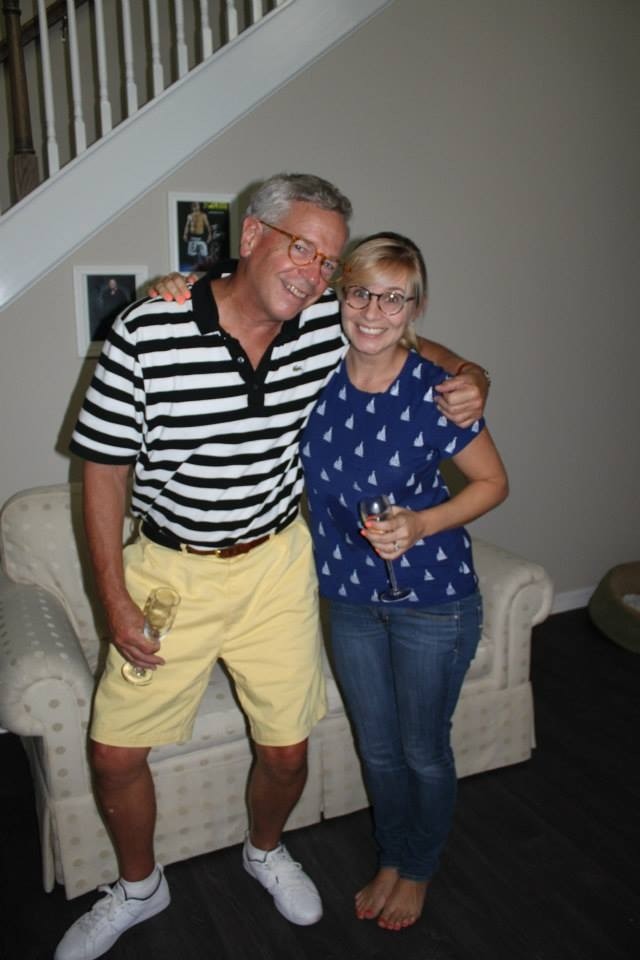