Some say, “growing older is a privilege denied to many”. Like many quotes of wisdom, this is one that I have come to understand, yet never fully embraced until a couple of years ago.

I’ve always been an advocate of my own health. As a boy, I remember watching my Dad running, lifting weights, and hanging from his biceps, and I wanted to be strong like him. Aside from a few years in college, I’ve always deliberately watched what I ate and maintained a regular exercise routine.

With just a little reluctance, I was approaching my 35th year of life, not quite 35 years of living. My hairline escaping me a bit, metabolism slowing, and a few extra aches here and there. Nothing to complain about really, though. I have three healthy boys, a gorgeous wife, a great career, and we had just moved into a new home. I was living the ‘American Dream’. 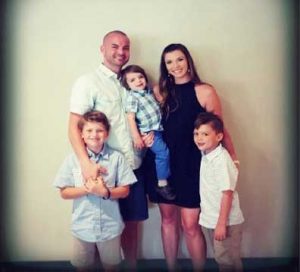 Around February, I started to have some issues with digestion and odd pains, but nothing to be concerned about. Then it got a little worse. Like most guys, I figured the problem would work itself out. I’m a healthy guy, I figured it was probably nothing. My wife disagreed. After some nagging, well umm, loving persuasion- I went to see the doctor. After the dreaded physical, I was cleared. What a relief!

The relief didn’t last long because I didn’t get any better. Some more loving persuasion from my wife and I called the doctor back, “We normally don’t do colonoscopies for guys your age, but let’s check anyways”. I was scheduled pretty quickly and on April 15th I went in for a colonoscopy pretty confident I had something logical and easily treatable. April 20th, two days before my birthday, I received the dreadful diagnosis of Stage III Adenocarcinoma. Colon Cancer. Thoughts of mortality set in. A quick Google and Web MD search (I don’t recommend this) told me that the survival rate drops with every stage, giving me anywhere from a 50-70% chance of living the next five years. Nothing can prepare you for this. Nothing. I was devastated.

At first I questioned everything and didn’t understand why this would happen to me. Researching the topic only disappointed me when I learned that I was already taking all the preventative measures that doctors recommend to avoid this type of cancer. I avoided highly processed foods, drank plenty of water, and exercised regularly. Why Me? It was a curse that I felt like I didn’t deserve and I wanted no part of it.

After days of self-pity and questioned prayers, it soon occurred to me that my curse may actually be a blessing. I consider myself fairly tough, but the thought of this diagnosis being given to my wife or one of my children…I truly crumble at the thought. I’m a fighter, and I have the opportunity to fight, I thought. I would much rather take on this burden than to support a loved one helplessly from the sidelines. Screw Cancer! Who better to fight a disabling disease than someone healthy?

The next couple months consisted of keeping my mind busy with work and daily doses of radiation with a 24-hour dose of chemotherapy. Brutal. It feels as if you’ve run a marathon no matter where you walk. I’ve never felt this wiped-out and nauseous in my life. I had lost over 40 lbs. And there were also these weird and gross side effects that are better left un-shared, although, I never lost all of my hair. My boys still innocently believed that I was as strong and healthy as Iron Man and my wife, for my sake, often pretended the same.

Now I would be lying if said that giving up never crossed my mind. This road is a dark one, and the light at the other end is often faint if darn near seemingly nonexistent. However, I was overwhelmed with love, prayers, and support from my family, friends, and co-workers. My work family was a huge comfort during this time and even made meals and brought them to our home. The compassion alone was powerfully uplifting and helped more than I could ever repay. It’s an odd thing to regularly receive very genuine condolences from folks that think you may die. It offers a new perspective on life for sure.

Once the treatments were completed, I had a somewhat unorthodox surgery to remove the tumor. The treatments appeared to have worked and the tumor was successfully extracted. I was given some time to heal and scheduled for another grueling 12 treatments of chemotherapy every other week. I refused to let this disease cripple me, so on my chemo weeks I just kept working, which actually kept me sane, and I did a lot of praying. On my off weeks, I did the only thing I knew. Regardless of how I felt, I fought my own body back. I pushed it to grow again and I started to dial in. My goal was to do something, anything to push my body and mind to grow and advance rather than just waste away. 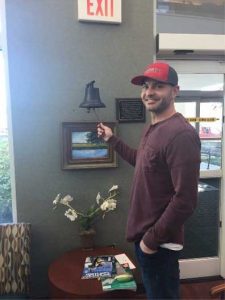 By January, I had gained a couple of pounds of healthy weight and was approaching a long, long awaited last treatment. Unfortunately, you don’t get that “All Clear”, or “Cancer-Free” at the finish line. You see, you get a NED (No Evidence of Disease) and a whole lot of follow-up appointments to hopefully detect early reoccurrence. About five years’ worth. It was kind of like a big battle won in the midst of a war. I will take it, just the same. I can say for sure that the body heals faster than the mind and I still struggle with side effects from the treatments like, digestion issues, itching, numb fingers and toes, brain fog, and memory problems, just to name a few.

But for all that I lost along the way, I’ve surely gained a lot more. Perspective on life being one of them. For example, feeling “okay” feels great when you’ve experienced hell! Ha! But seriously, without your health, passion, and the love of family and friends you have nothing. Without time, you have nothing. All of our time is limited, no one truly knows how long we have here. Cancer or not, the only thing that is guaranteed is the moment you’re in right this very second. Savor your time, every second, protect your health, and love your family and friends unapologetically for they are the ones that fuel faith and who see the superhero when your broken down and bruised.

As I lean toward another glorious birthday, I know now a more certain truth of time, that “growing older is a privilege denied to many”. Godspeed. 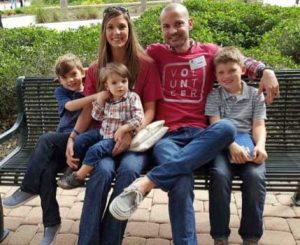