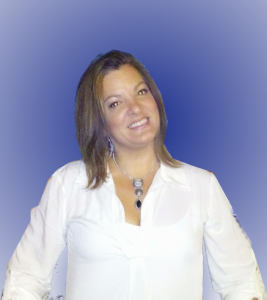 Keep your eye on the target and dare to think outside the box! You never know if an uncertain vision you have today will become the seeds for tomorrow’s future! Think outside the box like the artists who were turned down or unrecognized for their work such as Van Gogh, a starving artist during his lifetime; Walt Disney who was told he “lacked imagination”; and Bach who was not recognized as a great composer in his time, but as an organist. Or authors such as, Agatha Christie whose work was rejected for five years; Alex Haley, author of Roots, who had 200 consecutive rejections, but now Roots is a Pulitzer Prize winning film; or like Meg Cabot, author of The Princess Diaries, who was rejected so many times for three years that her rejection-letter bag was too heavy to carry. What they all have in common is that they all kept pushing forward and overcame rejection to realize their goals!

I had a similar experience although the critic was me! I bet self-criticism is the most common form of rejection. Yet, my very supportive #TMXFamily embraced my vision of a corporate initiative I created. Until that point, I was anxious to present my vision for fear of rejection, originally showing only bits and pieces of it with a lack of confidence. Six months later, when I was asked to develop my annual content plan, I took a chance, and after months of preparation, I presented my vision instead. Although it did include an engaging content strategy, it also touched each department and content channel and was built around a business theory I call “The 6 R’s of Content to Cut Through the Content Bubble”. I was very nervous to present this initiative to my awesome team leader, who became incredibly supportive through the journey, even though it suggested some far-reaching ideals and brand realignment that would require a corporate-wide effort and lots of extra work. However, we both believe it can bring about positive change and the foundation of a renewed long-lasting connection with our customers.

Similar to our amazing Badges & Feedback initiative, we sometimes receive external recognition and sometimes we have to give ourselves our own proverbial “badge of approval” in order to plant the seeds that may start as an unclear vision and prioritize what’s important. Honing in on my own strengths, amongst my many weaknesses, such as feeling awkward most of the time and different, was a milestone for me. We all need to realize that no one is perfect and few people feel they are “good enough”, but most people simply want to make a difference. So do as I did, embrace yourself, see your downsides, have #noshame, focus on how to make a difference, never give up, and ask others to do the same.

Creating a team initiative for change that extends out to our customers was that passion for me. Find your passion, and embrace it!