Autism is a developmental disability that affects how a person communicates with and relates to people. It also affects how they make sense of the things around them. It is a spectrum condition, which means, while all people with autism share certain difficulties, their condition will affect them in different ways. Autism doesn’t come with a manual. It comes with a parent who never gives up being the voice for their child.

My son Robert was 6 years old when he was diagnosed with being on the spectrum. He is considered high functioning and struggles with sensory issues and building relationships. The journey toward getting this diagnosis was a challenging one! The road traveled after the diagnosis has been even more of a challenge.

As a baby, Robert didn’t miss any major milestones and didn’t give doctors any reason to believe he would be on the spectrum. It wasn’t until he started kindergarten that he began to struggle. He was advanced for his age and it was recommended that he go to a charter school where he would be able to learn at a faster pace. The learning wasn’t a problem. He didn’t want to leave us at the beginning of the day and he would break down and cry. He couldn’t stand in line with all the other children or sit at his desk without running off. By the time he got home from school, he would just sit in the middle of the floor crying and couldn’t tell us what was wrong. At the end of his first quarter, we were called into the school and were told that our son wasn’t going to be allowed at the school anymore. I felt as if I had completely failed as a parent and had no idea what to do.

We were under the impression that he was shy and he had never gone to pre-school, so being around all the different kids was going to be a challenge. We quickly enrolled him in a public school where he knew some of the kids. The school was supportive and placed him in class with one of the kids he knew. We still had the same issues with trying to get him to go to class in the morning and how he reacted when he came home. The only difference was the school was able to keep him in the classroom.

Quarter 4 came along and we were informed that Robert was falling behind and struggling with reading. We discovered that the teacher was allowing Robert to play on the classroom computer every time he wanted. I then had to make the decision to push him along or hold him back. As a parent I was so frustrated with the school that had allowed him to slip between the cracks. I felt like I had failed my son by not knowing what to do, by not helping him be successful in the first school, and now I was going to have to hold him back! I was determined to do everything I could to help.

Over summer I worked with him every day getting his reading skills up and finding other kids to have him play with. The reading was no problem, but he wasn’t interested in playing with others. The school year started again. Academically he was stronger, but socially he was getting worse. He had a new teacher, new classmates, and the classroom size grew. It took an hour to get him into class, he would randomly start screaming, run away during fire drills, and throw things in the classroom. Parent-Teacher conference, after Parent-Teacher conference and nothing was helping. When questioned why he was behaving in that way he would begin to cry and say, “I don’t know. I don’t like it when it happens. I don’t know what to do”. I started to get the feeling that something was wrong. No one would help us. We were told he needed to be disciplined, I was a bad parent, and there were no excuses for this behavior. My gut told me that was not the case. I made the decision that day that I was going to be the voice for Robert.

Every night I would stay up for hours reading up on pediatric behavior and disorders. Finally, weeks later I came across an article that discussed the spectrum. Things started to make more sense, but when I brought this up to the school they said I needed a psych evaluation before they could help. After a month of fighting with different pediatric doctors to get a referral, I finally found one that was willing to listen to what was going on. He agreed and immediately sent us to get an appointment. A couple appointments later we were given the news.

The psychiatrist and pediatrician were able to help guide us through some much needed adjustments. The school however was not on our side. Back to the books I went, reading everything I could about autism, as well as, the laws and rights we had. We began therapy with Robert, and I began reaching out to the community to see what I could do to get the help my son needed to be successful at school. Meetings lead to more meetings, which lead to testing, which lead to broken promises, and still nothing was happening to help my son. I gathered a team to help my son grow and learn to react in different situations. His therapist, psychiatrist, a representative from the department of disabilities, his pediatrician, and psychologist were all on board. We worked together. No one would listen from the school, so I went to the school board with all of my son’s team, notes, emails, and broken IEP’s. I spoke not just for my son, but for every other child that was being neglected by the school system. Finally, I had someone listening. They agreed to help and we worked together to get the school on the same page.

He now has a team both inside and outside of the school that are a tremendous support. Robert is in a public school and in the classroom 80% of the time, and he has made honor roll every quarter. Something that we were told at the beginning we shouldn’t expect. We continue to work with the school and other parents that are on the same journey as we are. Thanks to the many programs, more and more people are becoming aware of Autism and there is a much larger community of support. Not every child on the spectrum will be the same. It’s where the little things are never little, and every milestone is a celebration. There is no cure, but if we can be the voice for our children, get them the help they deserve, and get them into the right environment- they will bloom. 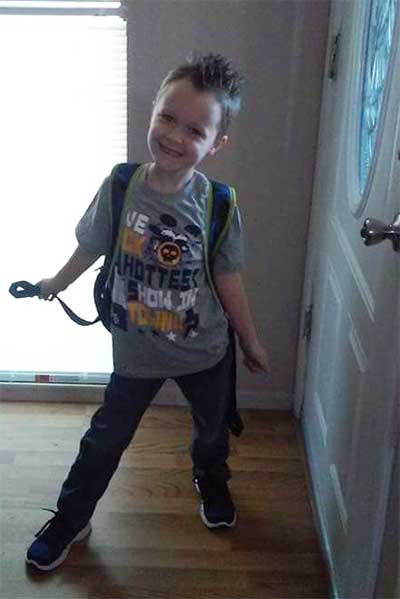 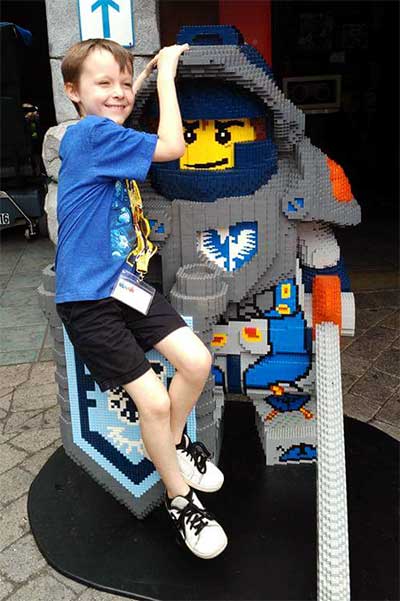 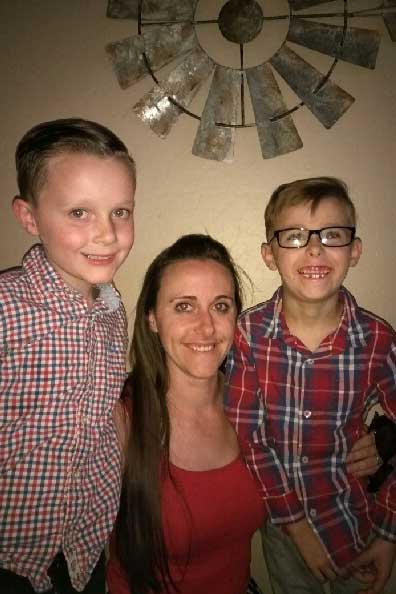