I am currently a Sergeant on Army Inactive Ready Reserve (IRR). I decided to join the Alabama National Guard (NG) after Hurricane Katrina because I wanted to serve the people of our nation in their time of need. I enlisted in June 2006 as a Private First-Class Logistic Supply Specialist. I was called to active duty for the Operations Enduring Freedom in October 2009. After returning from Afghanistan, I was selected for a change of duty as a Human Resources Sergeant. I was awarded HR Sergeant MOS by exceeding standards in August 2012 and continued to serve for Alabama NG until November 2016.

Transitioning into the civilian workforce from the military has been very challenging for me and believe me, I am still transitioning. Thankfully, the TMX Finance Family of Companies mission and core values have similarities to the core values of the military, which has helped me tremendously and allows me to grow in my field of study in finance.

I give All Thanks to TMX Project SERV! 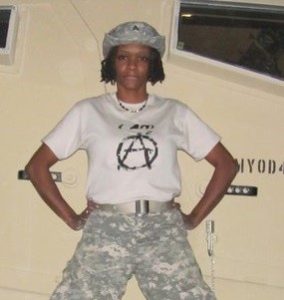