For my family, the end of the year is synonymous with this jingle on repeat. From the time I was little to the present day (and now that I have a child of my own) we always sing and light the candles for eight days every winter. The celebration of Hanukkah, which is also known as the “Festival of Lights,” is not just a time to get together with family and get eight days of presents (as fun as that is). It’s also a time for us to retell the story of the great Judah Maccabee and the miracle of Hanukkah!

The tale begins with the Syrian king, Antiochus, who was trying to take over the land of Israel. A leader of a small rebellion, Judah Maccabee, went to Jerusalem to liberate the Temple, which had been taken over by the Syrians. In the Temple, they found that their golden menorah (a candelabra used for religious purposes) had gone missing and been replaced by Greek idols. The Maccabees made a new menorah and went to light it but only found one day’s worth of oil. This was when a miracle happened – the oil that was only supposed to last for one day lasted EIGHT days instead, enough time for new oil to be made!

There are lots of fun traditions that we have to celebrate the miracle of the oil lasting eight days. Some of my favorites include eating all the fried foods, from jelly filled donuts to latkes (potato pancakes). We also play games including the famous dreidel game, where you use a four-sided spinning top and foil-covered chocolate coins called “gelt.”

As fun as those traditions are, the most beautiful part for me each year is lighting the menorah with friends and family and watching the candles glow. We start by lighting one candle with the “shamash” (helper candle) and each night we add one more until the eighth night, when all of the candles on the menorah are lit.

Because the Jewish calendar is based on a lunar calendar, the dates for Hanukkah do change year after year. While a few years ago Hanukkah actually overlapped with Thanksgiving – and last year it overlapped with Christmas – this year we will celebrate Hanukkah from sunset on December 12th until December 20th.

So as we move into this holiday season, I want to wish you and your families the happiest of holidays! 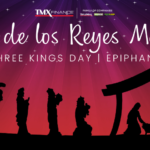 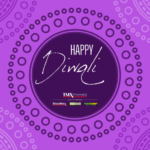