The TMX Finance Family of Companies is dedicated to hiring U.S. military veterans in our aim to support the communities we serve, and more importantly, to support those who have served us. We’ve introduced a more comprehensive commitment to hiring veterans that aligns their career goals with our Company’s goals for development and growth.

Awards and Recognition
TMX Finance® Family of Companies has earned recognition as a Military Friendly® Employer. 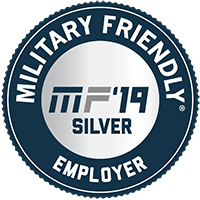 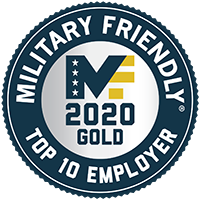 We want you and your leadership skills!

Your military service taught you core values and indispensable leadership skills. Those traits allowed you to honorably serve our country and those same traits help make our team members successful in their careers.

These values are the foundation of everything we do. Transitioning from a military career to the civilian workforce isn’t always easy, but we’ll give you the tools you need to turn your military experience into a lasting career with our Company. 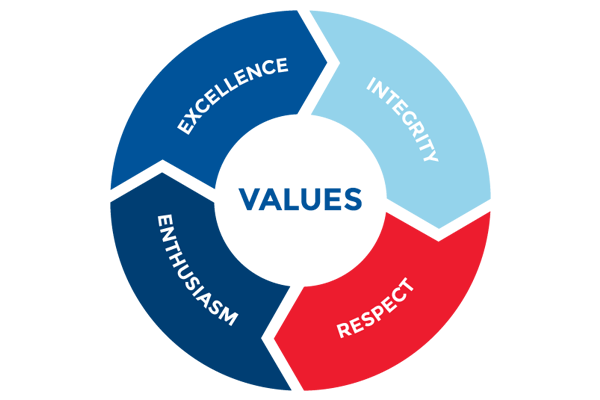 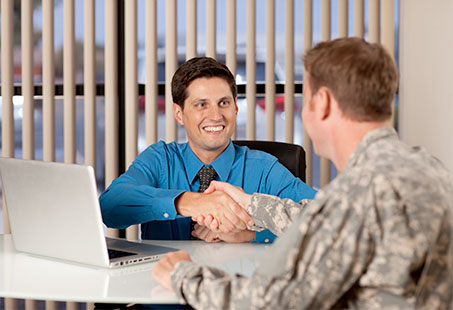 Ted is a U.S. Army Veteran with four years in the Army Reserve as a Crew Chief on OH -58 and UH-1 helicopters and four years active duty as an Airborne Military Intelligence Linguist in the 18th Airborne Corp in Fort Bragg North Carolina and the 2nd Armored Calvary Unit in Fort Polk Louisiana.

Jim is a U.S. Navy veteran who served four years as an Interior Communications Electrician. Originally stationed in San Diego, California, Jim ended his service time at the Naval Station in Norfolk, Virginia where he served two years on the U.S.S Scott DDG-995. During Jim’s enlistment, the U.S.S. Scott was deployed to the Caribbean under then President Ronald Reagan’s militarization of the War on Drugs. The ship had all of the newest technology including ship-to-air, ship-to-ship, and ship-to-submarine missile systems. While aboard the ship, Jim was responsible for maintaining several pieces of specialized electronic equipment including the DARI ship plotting system, the water filtration alarm system, and the ship’s phone system.

Roxanne is a Sergeant with the Alabama National Guard and has been serving for 5 years. She is currently serving as the Intel analyst for the states Defense Cyberspace Operations – Element.

Kevin is a United States Marine veteran who served 4 years as a Rifleman and 2 years as an Infantry Squad Leader with the BLT 2/2, Marine Corps Base Camp Lejeune, North Carolina.

Still building your professional profile as a civilian?

Check out our Job Seeker Blog Series to pick up valuable recruiter
insights to help you on your way!