Our greatest strength is our people. We’re a place where passion and personal drive can open countless doors. Meet some of the men and women who lead and inspire us every day.

Our leadership philosophy is built upon our CEO and founder’s belief that, “Successful people surround themselves with successful people.” It’s a mindset we have adopted as a Company and continue to follow and build upon. We believe in hiring intelligent, ambitious, and passionate people who bring with them a sense of integrity and enthusiasm in everything they do. 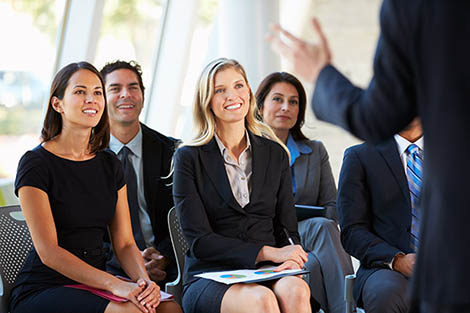 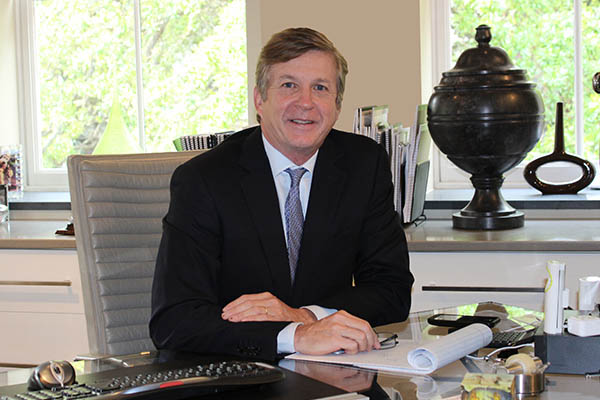 Tracy Young is the founder and Chief Executive Officer of the TMX Finance Family of Companies. Founded in 1998, Tracy opened his first stores in Savannah and Columbus, Georgia with the mission of helping people with short-term financial set-backs by offering a reliable source of credit and excellent customer service.

An innovative leader and entrepreneur, Tracy has overseen the growth of the Company becoming an industry leader with over 4,000 employees and 1000+ stores in 16 states. Throughout the Company’s history, Tracy’s original mission of helping people remains the driving force behind the culture and day-to-day operations of the organization.

Tracy has more than three decades of experience in the financial services industry and continues to drive the Company’s overall mission. He is a passionate and energetic leader who constantly challenges the team to develop and design better products and processes to enhance the customer experience. 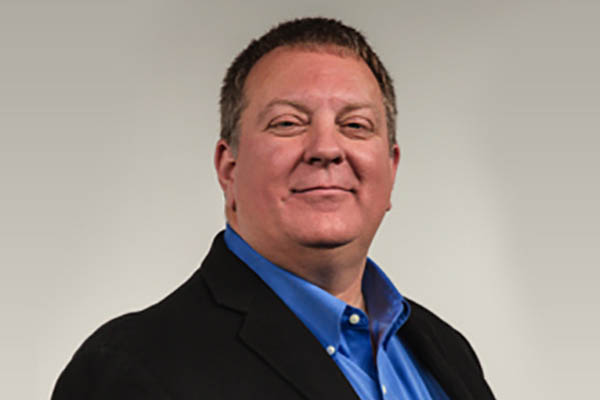 Otto Bielss is President and Chief Operating Officer of the TMX Finance Family of Companies, one of the nation’s industry leaders with over 1000 stores across 16 states ranging from coast to coast.

Bielss assumed the position of President in January 2016 bringing over 30 years of multi-unit leadership experience to the role. He leads the executive team in accelerating Company performance, advancing technology, and delivering on the financial and operational goals of the organization. He works to share the TMX Finance Family of Companies’ strategy and vision with customers, team members, partners, stakeholders, and investors. Most recently, Bielss was recognized in the John C. Maxwell Transformational Leadership Awards Top 30. In 2017, Bielss was named one of the South’s Greatest Bosses by Savannah Magazine.

Prior to his current role, Bielss served as the Chief Operating Officer where he was responsible for leading store operations, as well as a majority of the corporate departments. He was instrumental in identifying opportunities for efficiencies throughout numerous corporate projects and in helping build and improve the Company’s current infrastructure.

He joined the Company in 2010 as the Senior Vice President of Operations leading the overall strategy and execution for store operations and providing leadership in the achievement of critical financial and operational goals across all business brands. He led the Company’s growth strategy by increasing the number of store locations from 500 to over 1,150 in under three years.

His many accomplishments have been characterized by his strong leadership in strategic development, identifying and executing store efficiencies, and his implementation of revenue growing and cost-saving initiatives. His advancement from store operations to executive leadership has afforded him the unique skill set to bridge store and corporate operations, improving efficiency, communication, and teamwork. Bielss has led the Company in becoming a more “people-focused” organization and has worked to develop several new programs and initiatives which includes: TMX Women in Leadership, Project SERV: Securing Employment for Respected Veterans, TMX Cares which is the Company’s community-focused program, and the new Multicultural Initiative. He has also worked tirelessly to further develop team members by establishing mentoring, development, executive coaching, and succession programs. By establishing these Company initiatives and programs, Bielss has solidified the Company culture and catapulted its team members to a whole new level.

Prior to working at the TMX Finance Family of Companies, Bielss held leadership positions in several large and well-known companies, such as Ace Cash Express, Blockbuster, Michael’s, and Radio Shack. 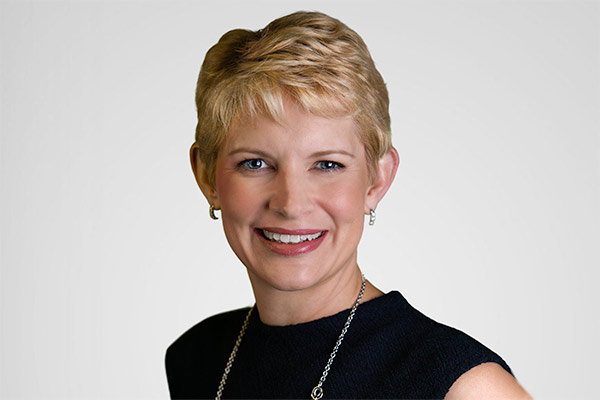 Carrie E. Carbone is the Chief Legal Officer of the TMX Finance Family of Companies and is a member of the executive leadership team. She joined the Company in December 2014 as the Senior Vice President of Compliance and Product General Counsel leading the Product, Compliance, and Government Relations groups within the Legal Department during a critical time in our industry. Since assuming the role of CLO in 2016, Carrie has diligently promoted the Company’s compliance with applicable federal, state and local laws, thus offering the vital protection necessary for executing our strategic growth plans. She continues to provide these critical services while engaging directly in product development and ongoing brand initiatives and supporting our success through the development of risk mitigation strategies.

Carrie brings over 17 years of experience working with financial institutions, non-bank financial services companies, and closely-held corporations. She has extensive financial industry experience and a deep understanding of business law. 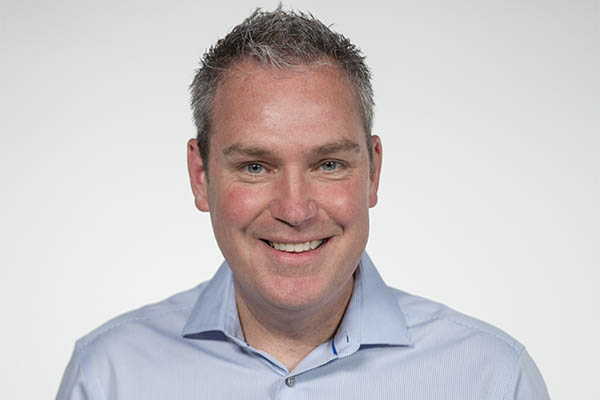 Ted Helgesen is the Chief Operating Officer for the TMX Finance Family of Companies and is a member of the executive leadership team. He joined the Company in 2012, excelling to his current role where he leads the Company’s customer-facing business operations and is responsible for delivering results that contribute to the maximum profitability of our operations while catapulting the business into the next stage of customer growth and market opportunity. Prior to this role, Ted most recently served as the Chief Business Officer, where he led the Company’s implementation of operational and financial strategies and oversaw the activities associated with store execution. He also held the positions of Executive Vice President of Operations, Senior Vice President of Operations- East, Senior Vice President- West, and several prior leadership roles in store operations, including Division Vice President, Regional Director, and Director of Corporate Operations.

Ted brings over 25 years of multi-unit managerial and executive experience to our Company, having served as the CEO of Phoenix Ink and the Director of Operations for OfficeMax’s Print and Document Centers. He also served eight years in the U.S. Army as an Airborne Military Intelligence Linguist. 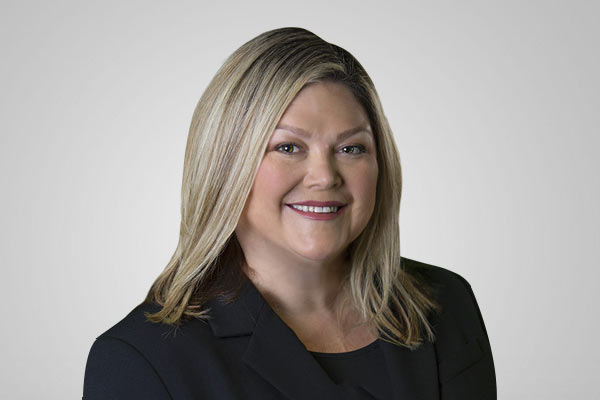 Julie Torkelson is the Chief Financial Officer of the TMX Finance Family of Companies and a member of the executive leadership team. She joined the Company in 2014 as Assistant Controller, was named VP- Corporate Controller in 2015, and was appointed Chief Accounting Officer in 2017. Under Julie’s leadership, the Accounting team improved several processes including the close process, internal controls, and the quarterly and annual audit process. Her career path from Assistant Controller to CFO proves her strength as a leader and that her financial expertise is truly unparalleled.

As CFO, Julie serves as the key member of the corporate financial leadership team making her an invaluable leader within the organization and with investors. She leads the direction of the Finance, Accounting, Treasury, Credit Risk, and Vendor Management teams as they strive to ensure their business partners have the financial data needed to make the best decisions in operating this Company. Julie and her team deliver high-quality analysis and reporting that helps guide our key stakeholders in solidifying our position as the industry leader. She also leads the Warehouse team in continuing their primary function of efficiently processing, preparing, and shipping materials to store sites.

Julie brings over 18 years of extensive corporate and retail accounting management experience to the Company, having served in various leadership positions with Pier 1 Imports, Crescent Real Estate Equities, and the Bombay Company. 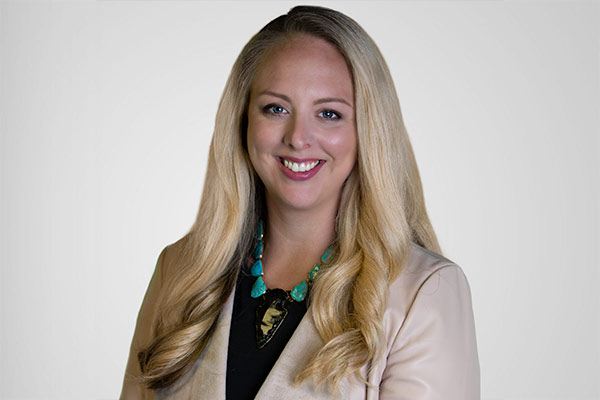 Lindsey Reed Smith is the Chief People Officer of the TMX Finance Family of Companies, a member of the executive leadership team, and she is thought of as the heartbeat of the Company. She began with TMX in 2008 as a Field Recruiter and has progressed in her career by single-handedly assembling our world-class Talent Department. She spearheaded the implementation of innovative video interviewing and referral technologies, streamlined hiring processes, and developed a strategic recruitment operations team that powers global talent initiatives, spanning everything from employer branding to new hire programs. In addition to Talent Acquisition, she has worked tirelessly to develop and expand her teams’ area of expertise, taking responsibility for the group’s remarkable evolution from external recruitment activities into a multi-functional group that embraces an integrated talent management approach.

In her most recent role as Senior Vice President, Lindsey worked to develop and drive the current “Talent Obsessed” strategy that delivers top talent to our organization and established TMX as a premier, national employer. In support of this goal, she expanded our talent pool to include veterans, owing her recognition for the successful vision and implementation of our TMX Project SERV initiative. Additionally, she led her team to implement an internal succession planning strategy and creation of the TeamUp Mentoring program, both of which have given us a strong foothold into further evolving our people- and our development-focused culture.

As CPO, Lindsey oversees all aspects of engagement throughout the course of a team member’s entire career with our Company. The Talent Acquisition and Talent Management teams, along with Human Resources and HRIS, will form a single department under her leadership and will work collaboratively to further our commitment to recruit, hire, retain, and develop the most talented people in the job market. 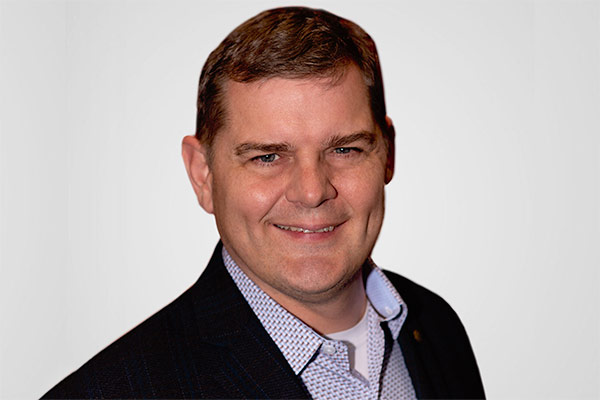 As technology advances, our Company is constantly evolving to bring the best and most user-friendly services to our customers. Jerry has forged strong relationships within his team and with the executive team while changing the Company’s current IT landscape to one that is built on trust and fueled by growth. His knowledge and expertise is a tremendous asset in helping drive our technology platform forward.